A decade ago (good grief) I wrote an overview of my reading since 2000, and as we now write 2021 I take it it is time to repeat the exercise. Fair warning: this may primarily be of interest to me, but I like keeping record. This is a decade in which I have completed my PhD and worked in higher education here and there, and also one in which I have made an effort to include more diversity in my reading list. 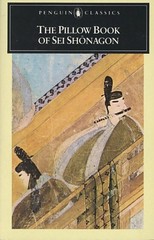 Apart from the PhD stuff, my reading in 2011 was heavily shaped by a reading challenge in which I had to read six genres and according to a variety of other criteria. I discovered some books it might otherwise have taken me longer to find, like the utterly amazing Pillow Book of Sei Shonagon. I also started my Kazuo Ishiguro binge this year, as well as a Le Carré one, and reread all the Dickens books I had not read since I was a kid (and in retrospect, I am fairly sure those had changed) because I came to Trondheim and was given charge of a Dickens course. I also discovered Angela Carter, David Mitchell, and Neal Stephenson, and Marvel through Gaiman's Marvel 1602. And I continued to pick up non-fiction on the outskirts (or outside my field) because there is something deeply relaxing about that, and Naphy's Born to be Gay stuck with me. 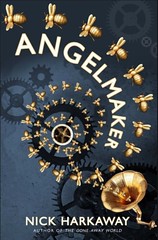 With the arrival of 2012, I was teaching and in the end stage of my PhD, and I oscillated between weird Droodians and theory, and the comfort of Jane Austen, Douglas Adams, Baroness Orczy, Le Carré, and Helen DeWitt, as usual. I also read all the Hunger Games books, however, and Erin Morgenstern's Night Circus. And on recommendation from Roh picked up Kiran Nagarkar's Cuckold. And I read Nick Harkaway's new Angelmaker twice, alongside a reread of his Gone-Away World because why the hell not. Started picking up Jon Ronsen, some intelligence history, Tom Bingham's lovely Rule of Law, and Susan J. Douglas' Enlightened Sexism for my non-fiction fix. 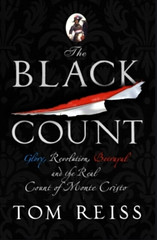 2013 was dominated by work, and my general favourites kept popping up (hello, Ms Austen). Most of the first half was spent on teaching and supervising students, which was reflected in my reading of Kate Chopin, Mary Shelley and Emily Brontë (there are worse fates) -- everything looks different if you are teaching it, and the second half of the year was spent working on a Sherlock Holmes bibliography, which meant (oh no!) rereading all the books (because there is no way you can keep reading about Holmes and not read Holmes). My non-fiction non-work reading ranged from conlangs, the history of the Dumas family, English queens, and CIA's mindfuckery experiments. My most important discovery this year was probably Hannu Rajaniemi and his Quantum Thief, though I also managed to get to The Notting Hill Mystery. 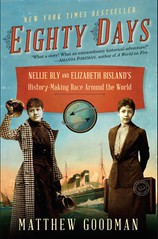 2014 was the year I realised my overly white and male reading of scifi not only impacted my teaching, but was deeply stupid. The first half of the year was full of the reading I had assigned my students, and some contextual matter (like Vonnegut), but I spent the second half reading Samuel Delany and Ursula Le Guin and James Tiptree, Jr., and Joanna Russ because clearly I needed to (and I wanted to, because honestly, so good). I failed to realise I was still reading a very white and/or male list, though, much to my later chagrin. On the side, I discovered Josephine Tey and the fascination of the Plantagenets all in one go through her Daughter of Time, and started reading chess literature (by which I mean Stefan Zweig's 'Chess Story'). And learnt more about conlangs, Victorian crime, Nellie Bly and Elisabeth Bisland, and primes in my non-fiction non-work reading. I also read lots and lots of Christmas books, poems, and stories because I was putting together an advent calendar. 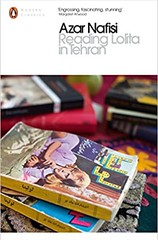 In 2015 I set out to read both internationally and gender balanced, with non-western authors and men and women divided equally. Unsurprisingly, the hardest books to find in the beginning were non-western women authors -- but as in most things, once you reorient your scope, this becomes easier. I am still benefiting from the foundation I prepared this year, as I discovered Nnedi Okorafor, Vandan Singh, Rokeya Sakhawat Hossain, Arundhati Roy, Chimamanda Ngozi Adichie, Azar Nafisi, Shailja Patel, and others. I also (finally!) got my hands on Tolkien's Beowulf translation, read and adored Sydney Padua's Thrilling Adventures of Lovelace and Babbage, found the Strugatsky brothers, and adored Fukuzawa Yukichi's autobiography. Otherwise, my favourite non-work non-fiction was probably Ha-Joon Chang's 23 Things They Don't Tell You About Capitalism, which is so much better than its title. 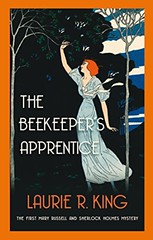 2016 dawned with one major mistake. Cocky as hell, I told a classroom of cadets that they would have to read one book each, and I would match them by reading all the books they read. Trouble is, they did not choose the books I would have chosen, and so I spent a semester reading about more SAS soldiers and snipers and planes and war than I had in my life (including one scary book that still makes me skittish in a silent house). There were touches of my usual fare, however (in Orwell, for example), and did make me finally read All the Pretty Horses, which everyone had been raving about (and which I hated), and introduced me to In the Heart of the Sea (which I did not). To make up for it, I read twice as many books as I normally would, and delighted in Laurie R. King's Mary Russell series, and Ann Leckie's Ancillary Justice. I discovered Octavia Butler, rather late, which I made up for by reading everything I could get my hands on. I learnt the secret history of Wonder Woman from Jill Lepore, that of Alexandre Dumas from Simone Bertière, and had a delightful return to the disappearing religions of the Middle East with the help of Gerard Russel. And I read a lot of Hannah Arendt and a bit of bell hooks (at last). 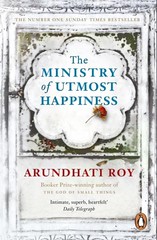 Wiser, by 2017 I let the cadets alone and read what I liked, which meant a lot of Delany, Pratchett, Le Carré and Austen. Stephenson's The Diamond Age impressed me, as did Sarah Waters' Fingersmith (which Roh had recommended about a decade before), and fortunately Arundhati Roy decided to write more fiction after a decade's hiatus. I also read my share of crime fiction, and discovered Michael Innes' Inspector Appleby. On the non-fiction side I adored David Kaiser's How the Hippies Saved Physics and Melissa Mohr's history of swearing. And Bertière's biography had triggered the urge to reread Dumas, and so I turned to the English translation, which I had not read, but which had the advantage over the Norwegian of being complete, and over the French of allowing me to read it when my brain had stopped working.

2018 opened with Harkaway's latest, and then Ursula Le Guin died, and I kept returning to her books. Work was hell this year, and from Easter onwards I read all the Golden Age detective fiction I could get my hands on, most of Austen, and the whole of the Discworld Watch cycle. I also found Laurent Binet's The 7th Function of Language, which made me rather happy. I struggled my way through Brian Aldiss Heliconia, and danced my way through Delany's Triton. And because apparently I like pain, I got through Spenser's The Faerie Queene, which I had stupidly started at the beginning of he decade. The finest short story collection was James Tiptree, Jr.'s Her Smoke Rose Up Forever. And I adored Margalit Fox' The Riddle of the Labyrinth and Emma Southon's Agrippina for very different reasons, and Arundhati Roy's Field Notes on Democracy and Joanna Russ' How to Suppress Women's Writing because they were so depressingly spot on.

2019, for me, was the year I discovered N. K. Jemisin, who has a rare talent of subtle worldbuilding, character, and plot. I could sink into them and relax. Likewise, Janne S. Drangsholt's Ingrid Winter books. I binged on non-fiction, too: on deadly algorithms, Black Lives Matter, and the superwomen of comics and science fiction. The highlights, perhaps, were the autobiographies of Nawal El Saadawi. In-between, I discovered Rabih Alameddine, whose Unnecessary Woman spoke directly to my introverted, Benjamin-adoring heart. Helen DeWitt finally came out with a short story collection, which I seized hot off the press. I spent hours in the British Library poring over the three volumes of The Mummy! A Tale of the Twenty-Second Century, and Queen's Gambit had my heart racing through a four-page description of a chess match. And I finally picked up Bernardine Evaristo, and was completely bowled over by her Girl, Woman, Other. 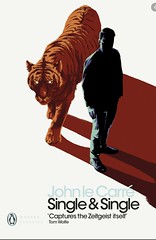 Finally, 2020, the year I spent mostly trying to write my own book, most of my reading time was spent on sundry Droodians and fan studies in various shapes and sizes. I did, however, make a hefty exception for all of Peter Wimsey, and various other Golden Age detection, The Mystery of Angelina Frood counting as both work and delight. I discovered Agnes Ravatn, whose literary-critical detection was perfect this summer. Likewise, the two finest non-fiction (non-work) books, in Penelope Fitzgerald's biography on the Knox brothers, and Emma Southon's book on murder in Ancient Rome. Evaristo continued to delight, as did Austen and Le Carré. The death of Le Carré in December was another of those horrible ones, like Pratchett, Le Guin and Eco earlier this decade. These are authors I have relied on since I was a kid, and who have kept changing as I grew older. And now they are gone.

Which is a sad note to end on, but that is this decade in a nutshell. Thank the gods there are books.