He was born Gaius Octavius, a son of the Roman family Octavii, who were plebeians (not of the Roman elite). However, he was adopted by Gaius Julius Caesar, his patrician great uncle; and when Caesar on the Ides of March in 44 BC was stabbed repeatedly and died, Octavian became his heir.

Augustus, like Princeps, was a title he gained in 27 BC, after he defeated Cleopatra and Mark Anthony (see Shakespeare for proper historical treatment of that topic), and after a century of unrest established the Pax Romana, which lasted over 200 years, and provided the framework for literary greats like Vergil, Ovid and Horace. And he did it with a political skill that leaves me a little weak in the knees. With a propagandistic fervour which is indistinguishable from the greatest works of the period, from Vergil's Aeneid to Livy's Ab Urbe Condita, he established Rome. And even literally, it was to a large extent in his reign that Rome as a city of marble was built.

I won't pretend the man was a saint, and dismantling the republic may have seemed like less of a good idea once Caligula, Nero and later (my favourite) Heliogabalus made their appearance; but Augustus' legacy is still worth a moment of your time. Take an hour to read up on it.

His final words, according to Suetonius, who (granted) wrote more than one hundred years later, were (in this English translation)

"Since well I've played my part, all clap your hands
And from the stage dismiss me with applause."

Or, in the Greek, as Suetonius apparently gives it in the original,

For some reason, the words are often rendered in (terse) Latin:

Join Tor and me in a toast (with good Italian wine, naturally): 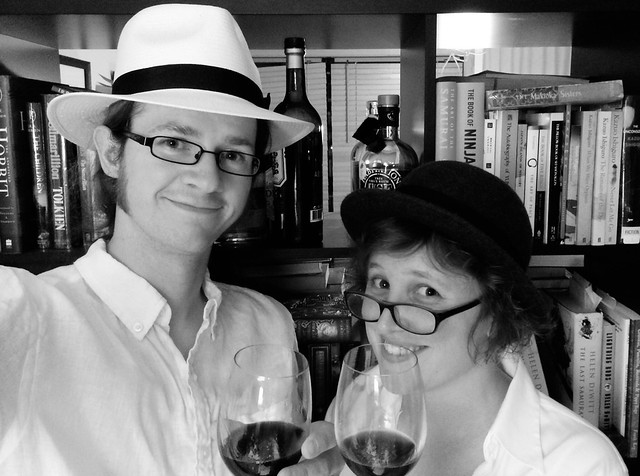